Dr. Melamed a top rated spine surgeon, who is a recurring guest on The Doctors, returned with a patient to discuss the results of her surgery.

Blair returned to “The Doctors” to discuss her incredible recovery from Spinal Surgery. She has been suffering from Scoliosis since the 7th grade and it has been causing her problems for much of her adult life. Dr. Melamed who performed the surgery joined her in the studio to further discuss the results.

After being asked if she was still suffering from back pain, Blair expressed that the pain is completely gone. She spoke about how amazed she was about the recovery time, sharing that it only took two months to fully recover. 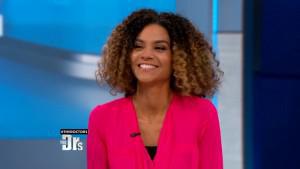 Dr. Melamed Spine Surgeon Los Angeles, revealed that he had to break Blair’s back five times in order to correct the alignment.

One of The Doctors noted that the process seemed counter intuitive due how painful and difficult it seemed. Dr. Melamed went on to describe that he had to work around a surgical rod and previous spinal fusions in order to get the best alignment possible. He further stated that a month or so after the surgery Blair will be unrestricted in the activities her back pain kept her from. She will be able to have children, and do anything that she wants to do. Essentially her quality of life will be vastly improved because of the surgery and she will be able to live a normal life. 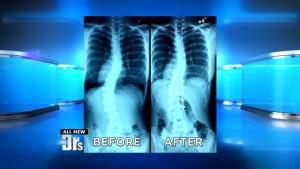 Dr. Melamed disclosed that he warns each post-op patient to avoid arduous activities that might cause strain on their backs.

Activities like golfing should be avoided due to the amount of back movement that is required. He also added that if a patient were to accidentally drop something that they should squat down to pick it up. Throughout the segment Blair seemed to be in higher spirits than the first time she appeared on the show. She was overly delighted by the news that she received, and that thanks to Dr. Melamed she can now lead a normal life without back pain.

| Local SEO by Geo Landing Pages
X
Back To Top
×